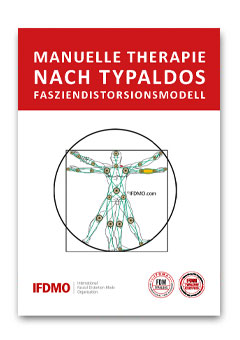 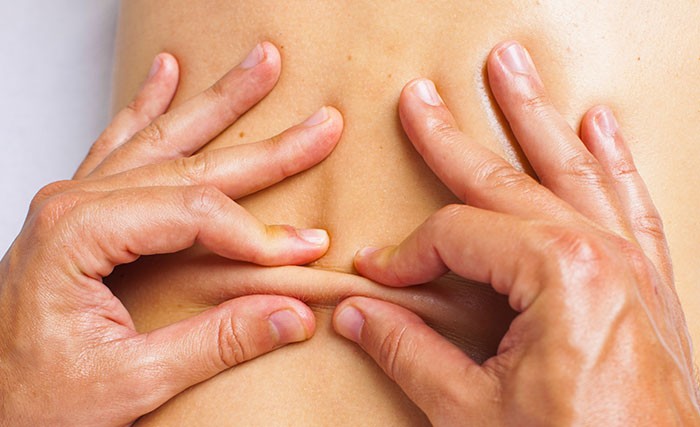 The six most important things you should know about fascia.

Read more about it 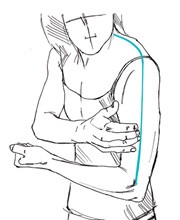 A trauma generally leads to a twisting or splitting of the fascial layer that leads to pain and restriction of movement. Fascia are always aligned so that they can divert any occurring forces.

However, if a force is applied that is not in this but rather in a transverse direction to the alignment then this can lead to the fascia splitting. In the fascial distortion model, this condition of the fascia is called a triggerband.

The patients report a searing, burning pain that they indicate with several fingers moving along a line. In the clinic we find restriction of mobility due to a shortening of the triggerband, a loss of strength as well as reduction in stability and coordination.

The subsequent therapy is the derotation of the present rotation or the joining together of the split fascia. This is achieved with the aid of the therapist’s thumbs and with the application of great pressure and precision along the line indicated by the patient the problem is resolved. After it is sealed, the fascia are as good as before the trauma.

Due to excessive rest and restraint problems can occur not just with the crosslinks but also structures are combined that do not belong to each other. This leads to even more pain and also further mobility restriction.

Focused treatment by means of the triggerband technique causes the adhesion to dissolve; this in turn can lead to haematomas and an increase in pain. However this has the potential to heal as an acute triggerband is produced from a chronic dysfunction. By using the same technique during the second and third treatments the triggerband is sealed and the patient is now free of pain. After the treatment the patient is required to move so as to test whether the previous painful movement is now pain free.